6 Things Santorini Is Famous for

Santorini is the most beautiful of all Greek islands. Santorini is located in a volcanic area that happens to be part of the Cyclades islands. It is a favourite among all islands in Greece because both its seascape and landscapes are wonders to behold. Santorini also popularly called Thira has so much to offer to the world. These are some of the things Santorini is famous for. 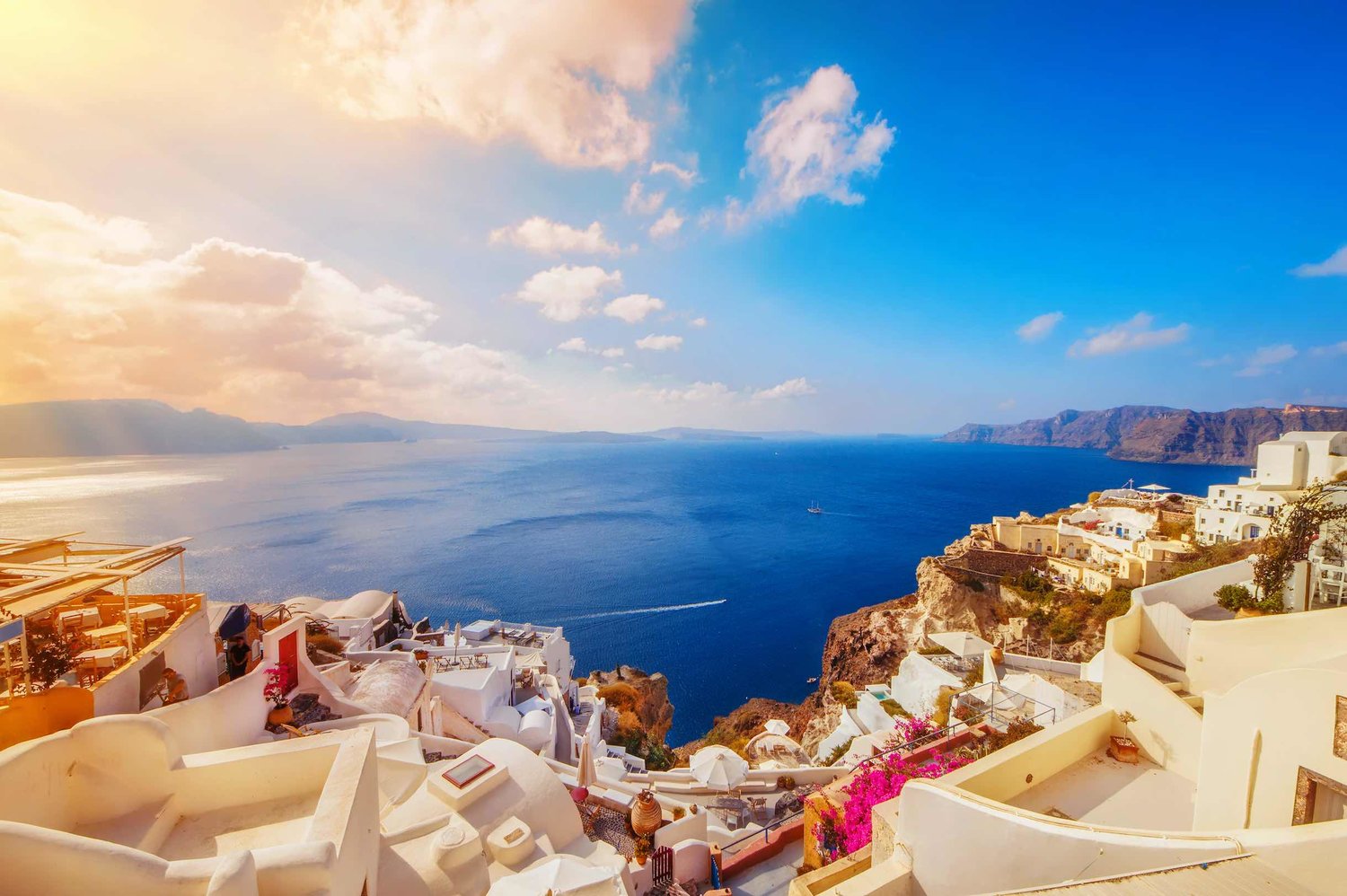 No doubt, Santorini is very famous for having the best sweeping views one can only imagine. Different parts of the island offer tourists something new with every sight. From the Aegean Sea in all its glory to the caldera to the gorgeous whitewashed villages, the beautiful ruins, striking seascapes and then, the magical sunsets. The views in Santorini are simply a spectacle no one should miss. 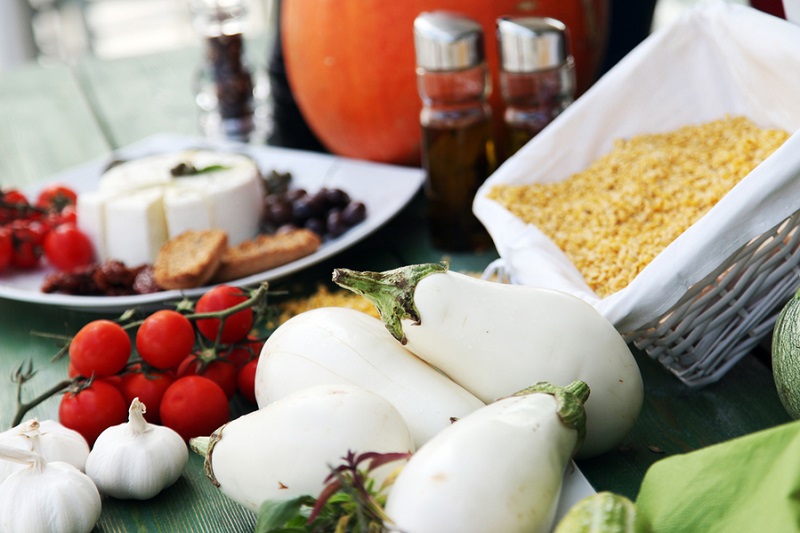 Everyone is familiar with the purple aubergine, but another distinct aubergine is found in Greece, only Santorini to be precise. The white aubergine/eggplant is native to only the island. Little wonder they are called ‘Santorini eggplants.’ These eggplants are staples in a long list of recipes in every restaurant in Santorini. 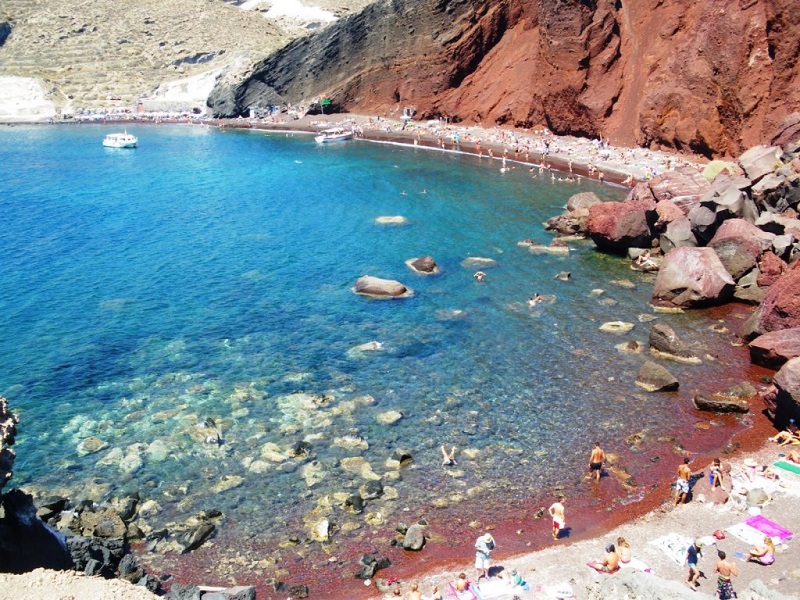 Beach of Perissa, beach of Kamari and some white beach and red beaches are some of the areas that put Santorini on the map. The unique black sand of the Perissa beach is truly one of a kind, thanks to the volcanic lava which formed them. Perissa beach has been awarded a Blue Flag award because of its cleanliness. The seaside village of Kamari boasts of the iconic Kamari beach which features clear turquoise salty waters with pebbled stones lying sporadically around the beach. Kamari beach has also been designated a Blue Flag zone. 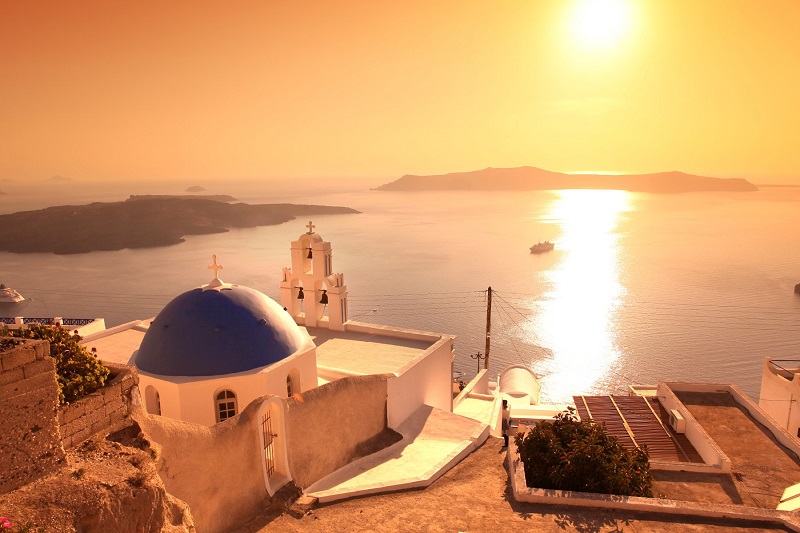 The sunsets in Santorini have been rated as the most beautiful in the world. The sunsets which appear in the form of glowing burnt orange dipping into the Aegean can be viewed from different spots on the island like Oia, the lighthouse at Akrotiri, from boats or Fira. However, the best sunset-gazing spot is in Oia. 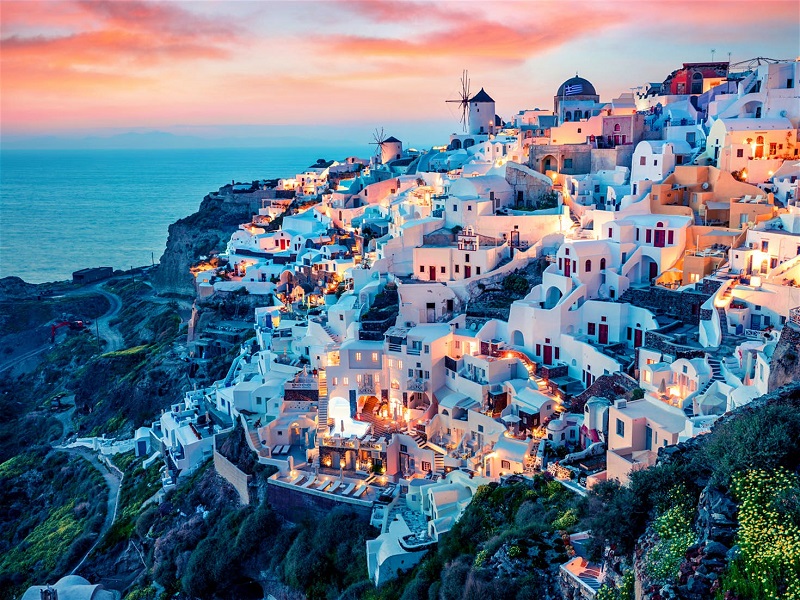 Some of the most beautiful villages in Greece and Europe are found in Santorini. Some of these villages include Oia, Fira, Perissa, Imerovigli and so much more. The iconic Oia is known for gorgeous white washed houses, blue-domed churches, and cobbled streets. The scenic Fira is known for having some of the best tourist hotspots. The spectacular Perissa has the most striking beaches on the island. 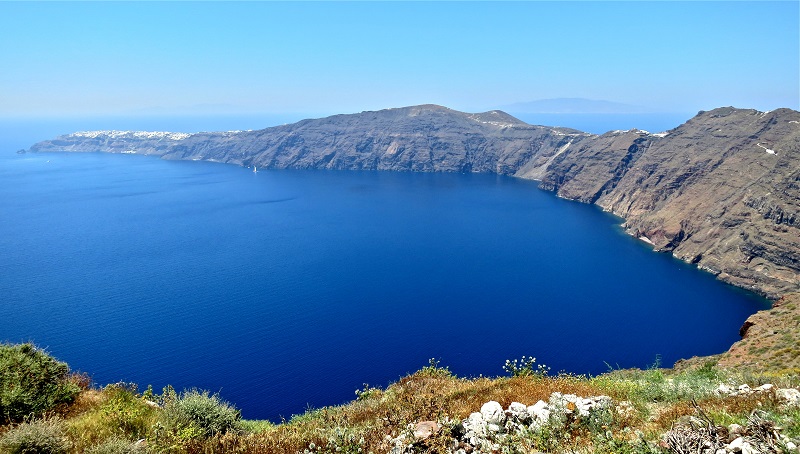 The Caldera is a testament of the volcanic eruption that occurred on the island eons of years ago. The caldera also called Santorini caldera is situated in the Southern part of the Aegean Sea and quite proximal to Crete. The caldera is over 3600 years old, and the Minoan eruption caused the crater. It is believed that the formation of the caldera caused the loss of the mythical city of Atlantis. The caldera can be viewed from towns like Oia, Fira, Firastefani, and Imerovigli. Undoubtedly, the caldera is the cash cow of Santorini.

This website uses cookies to improve your experience while you navigate through the website. Out of these cookies, the cookies that are categorized as necessary are stored on your browser as they are essential for the working of basic functionalities of the website. We also use third-party cookies that help us analyze and understand how you use this website. These cookies will be stored in your browser only with your consent. You also have the option to opt-out of these cookies. But opting out of some of these cookies may have an effect on your browsing experience.
Necessary Always Enabled
Necessary cookies are absolutely essential for the website to function properly. This category only includes cookies that ensures basic functionalities and security features of the website. These cookies do not store any personal information.
Non-necessary
Any cookies that may not be particularly necessary for the website to function and is used specifically to collect user personal data via analytics, ads, other embedded contents are termed as non-necessary cookies. It is mandatory to procure user consent prior to running these cookies on your website.
SAVE & ACCEPT